Word of the Year 2022 (Vocabulary Study) 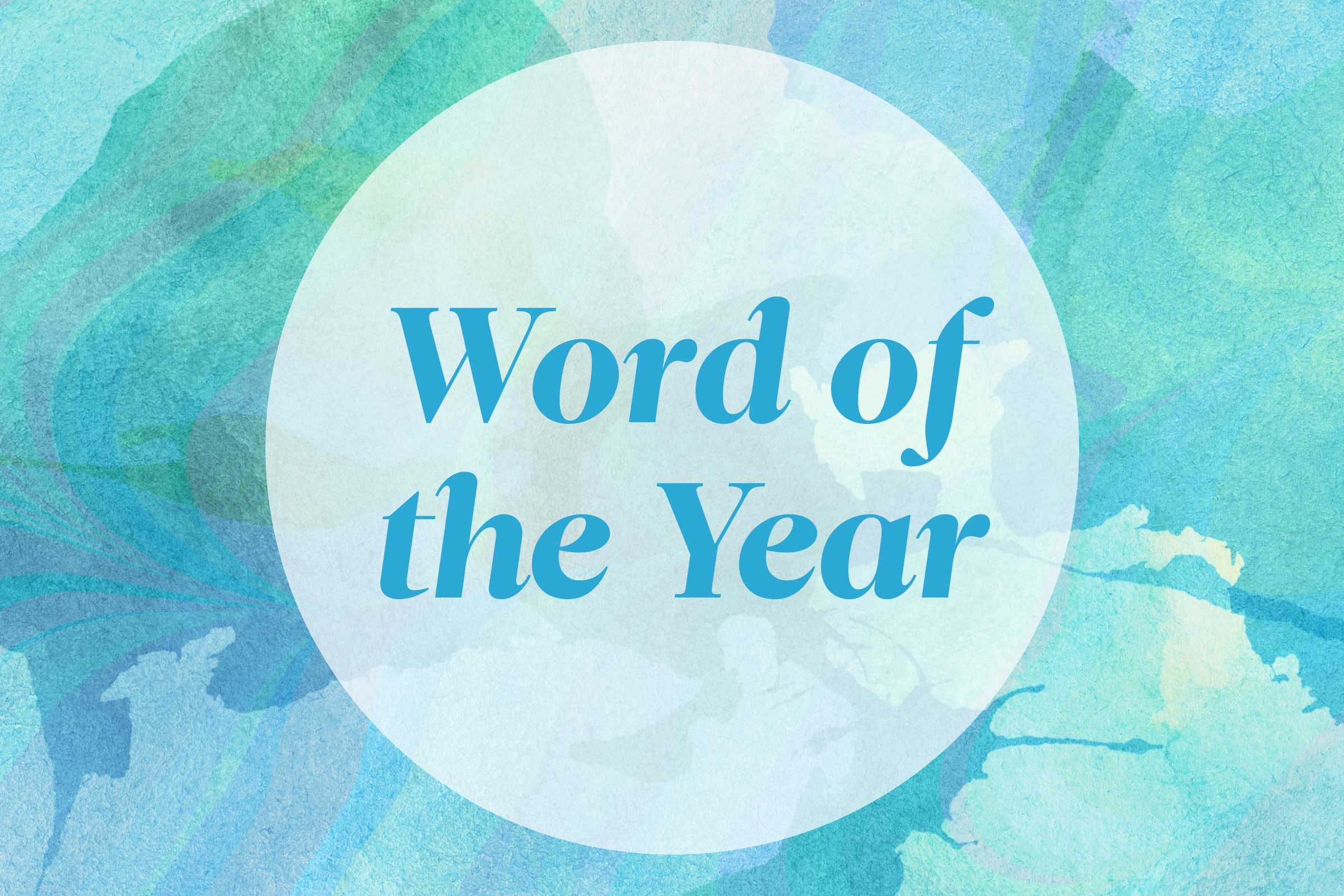 What is the Word of the Year? What searches trended? And what do these results tell us about ourselves and out society?

Have you heard of this process of identifying a single word that sums up the year? Whether of not these words represent the zeitgeist or not, the editors of the dictionaries and their teams spend some time carefully considering their picks and analyzing the search data that informs their selections.

The following were chosen as “Word of the Year” by the main dictionaries (in parenthesis):

In this age of misinformation—of “fake news,” conspiracy theories, Twitter trolls, and deep-fakes—gaslighting has emerged as a word for our time.

A driver of disorientation and mistrust, gaslighting is “the act or practice of grossly misleading someone especially for one’s own advantage.” 2022 saw a 1740% increase in lookups for gaslighting, with high interest throughout the year.

This word was just one of a number of hot searches for site users, who also searched for ‘oligarch’, ‘sentient,’ ‘omicron,’ ‘queen consort,’ which collectively represent the top lookups of 2022.

Perhaps, in light of the unrest and chaos emanating from protests in Iran, it comes as no surprise that “woman” is selected as word of the year by dictionary.com.

In Iran, a 22-year-old woman, Mahsa Amini, died in the custody of the morality police, sparking outrage and a protest movement that has been primarily led by women, who are demanding greater freedom and autonomy. Protestors in Iran have used the expression and hashtag “Woman, life, freedom.”

Earlier in the year, an American judge was questioned on their definition of “woman.”

The biggest search spike started at the end of March, during a confirmation hearing for Judge Ketanji Brown Jackson, who in April became the first Black woman to be confirmed as a US Supreme Court justice. Specifically, the surge in lookups came after she was asked by Senator Marsha Blackburn to provide a definition for the word woman.

The prominence of the question and the attention it received demonstrate how issues of transgender identity and rights are now frequently at the forefront of our national discourse. More than ever, we are all faced with questions about who gets to identify as a woman (or a man, or neither). The policies that these questions inform transcend the importance of any dictionary definition—they directly impact people’s lives.

Certainly a classic word with many interesting relationships to current events and issues. In a quirky connection of etymology other current events, such as the September passing of Queen Elizabeth, the editors note that the word “queen” is derived from a word that means “woman.”

Oxford chose this expression, and unlike the others in this article, this was brand new to me. I had to take a closer look at the meaning. Oxford certainky made an interesting selection with this one.

First of all, the search results show Wikipedia’s descripotion first, so here it goes:

“Goblin mode is a neologism for the rejection of societal expectations and the act of living in an unkempt, hedonistic manner without concern for one’s self-image.”

Sounds like me in my twenties when I was freely experimenting and not too worried about conforming.

Oxford, by mid-June, had added this new expression to its dictionary:

In December 2022, the Oxford shortlist, gathered with online respondents, included the terms metaverse and #IStandWith, as the Word of the Year. It’s interesting they choose to include the hashtag expression “#istandwith.” Unsurprisingly metaverse, which is the next-gen Internet platform and a project by Meta, makers of Facebook, was discussed very frequently and was a must-have on lists of this kind.

In a twist related to using a hashtag as a “word,” some words of the year are not words at all, though they are still a part of communication. Take the “Word of the Year,” as selected by Oxford in 2015 – the “tears of joy” emoji.

Yes it is this one:

They decided that emojis, as an increasing part of the vernacular, as used online, in both web and in apps, was deserving of the honour.

What do you think of the Word of the Year choices?

At the end of 2020 and 2021, it was completely obvious to me that “pandemic” and “vaccine” would be the respective words of the year for the first and second years of the pandemic. I even write a post about it where I suggested the word “endemic” as word of the year for 2022.

For me this year was represented by the chaos in America in the January 6 attack on the capital, the Ukraine war and the unrest and protest in Iran. I think what they all have in common is “democracy.”

How about Google Search?

We can’t overlook the importance of searching Google for what is at top of mind for people. According to Google

And in case you were curious, in the U.S. list “Ukraine” was number 6. Of course Canadians and Americans both care about Wordle, Queen Elizabeth and Betty White, but clearly Canadians are more interested in Ukraine, and the World Cup, and not interested in Bob Saget.

Cute GIF isn’t it? Well who doesn’t like Bob Saget, the long-term television star who starred on cute sitcoms like Full House. In fact, He was actually #6 on the Canada list.

Google has many variations of the list on their site.

I sincerely wish you a wonderful year ahead. All the best to my friends and clients!

How Blogging and Social Media Can Improve Your Writing and English Communication
Hi! Greetings from an English and ESL Tutor in Toronto, Canada
Happy 2022: My Thoughts on Trends in Tech and Education and Making a Pivot This Year